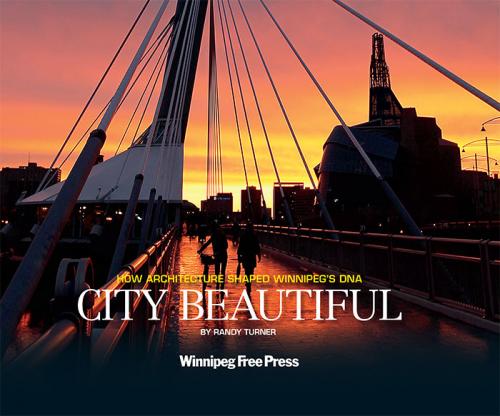 Due to overwhelming demand a second edition has been printed and is now available.


From our Editor Paul Samyn.

I was born and raised in this city.
As a child, I took the Portage Express to go shopping downtown.
While in university, I went to bars and restaurants in The Exchange.
As a young Free Press reporter, I was lucky enough to work in the Manitoba Legislative Building.
And yet, I didn’t really know my Winnipeg until our City Beautiful project brought my hometown into focus in a way that not only allowed me to see it in a different light, but also better understand our past, present and future.
Having dug deep into the past century of brick and stone that shaped our skyline, we found a story of heart and soul, of promise and progress.
We uncovered a remarkable vision that had slipped away into the past among the long forgotten facades and fairy tales that marked a bold desire to echo the views and cues of Versailles.
We documented our coming of age that was all about concrete, harsh lines and function as the powers that be decided to get rid of a city that had become a beautiful mess.
And we tried to capture the energy of our city’s renaissance that has Winnipeg once again raising eyebrows around the world through groundbreaking projects such as the Canadian Museum for Human Rights.
Telling stories about our city has been at the heart of the Free Press since our first edition rolled off the press in 1872. But never in our history have we been able to do so in a way that was so beautiful both in terms of the words and the pictures.
Shortly after we published the first chapter online at winnipegfreepress.com, we began to hear from readers about how enriching, entertaining and engaging was the experience of City Beautiful. One history teacher took to Twitter to urge others at the front of classrooms to stop what they were doing in order to show their students our series about their city. And soon, came call after call to take what we have created and publish it in a book.
At one level, the book you are holding is the result of more than five months of work by our newsroom as part of one of the most ambitious projects ever undertaken by the Free Press.
But at another level, this book and the stories you will read over its beautifully illustrated pages has been 100 years in the making.
My hope is that what we have published will allow you too to see our city in a beautiful new light.


City Beautiful shipped locally - There will be an additional $10.00 shipping and handling fee for orders within Winnipeg. Regional and National orders may have additional shipping charges.